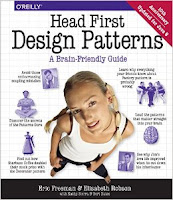 Below is a summary of the main Design Patterns and Design Principles covered in the Head First Design Patterns book. Excellent book by the way! A must read for all software engineers.

Program to an interface, not to an implementation.

Open-Closed – Classes should be open for extension, but closed for modification.